It's Hell But Here We Are Again - Art Young cartoons from the collection of Anthony J. Mourek 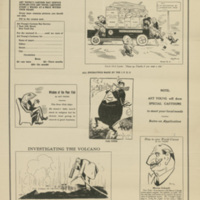 Arthur Henry Young, better known as Art Young, was an American political cartoonist and artist. He was born in 1866 near Orangeville, Illinois, but his family moved to Monroe, Wisconsin shortly afterwards. Young moved to Chicago in 1884, where he studied at the Academy of Design and worked for the Daily Mail and Daily News. He began working for the Chicago Inter-Ocean in 1892, but left in 1895 to work briefly for the Denver Times before moving to New York. Some of Young’s early cartoons reflect the Republican politics of his editors, politics which he largely shared. In New York, however, Young embraced socialist politics and became a frequent contributor to the The Masses, the Yiddish satirical magazine Der Groyser Kundes (“Big Stick”), and other socialist publications, even becoming a founder of the socialist magazine Good Morning. He also contributed regularly to mainstream publications like Puck, Judge, and Life.

Young published a number of books, including several which, inspired by Dante’s Inferno, featured updated versions of Hell that reflect Young’s worldview: Hell Up to Date (1892), Through Hell with Hiprah Hunt (1901), and Art Young’s Inferno (1934). Young also had a strong sense of his own importance—he published two autobiographies, On My Way (1928) and Art Young: His Life and Times (1939), and many of the items presented in this exhibit are available only because he saved the majority of his original drawings. 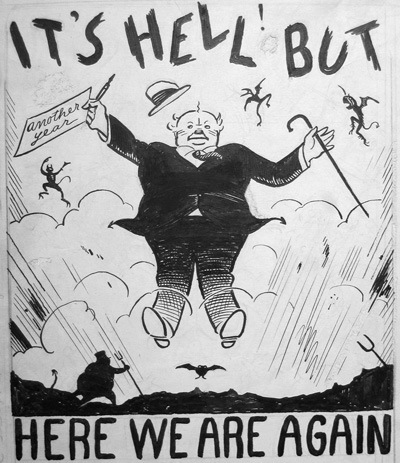