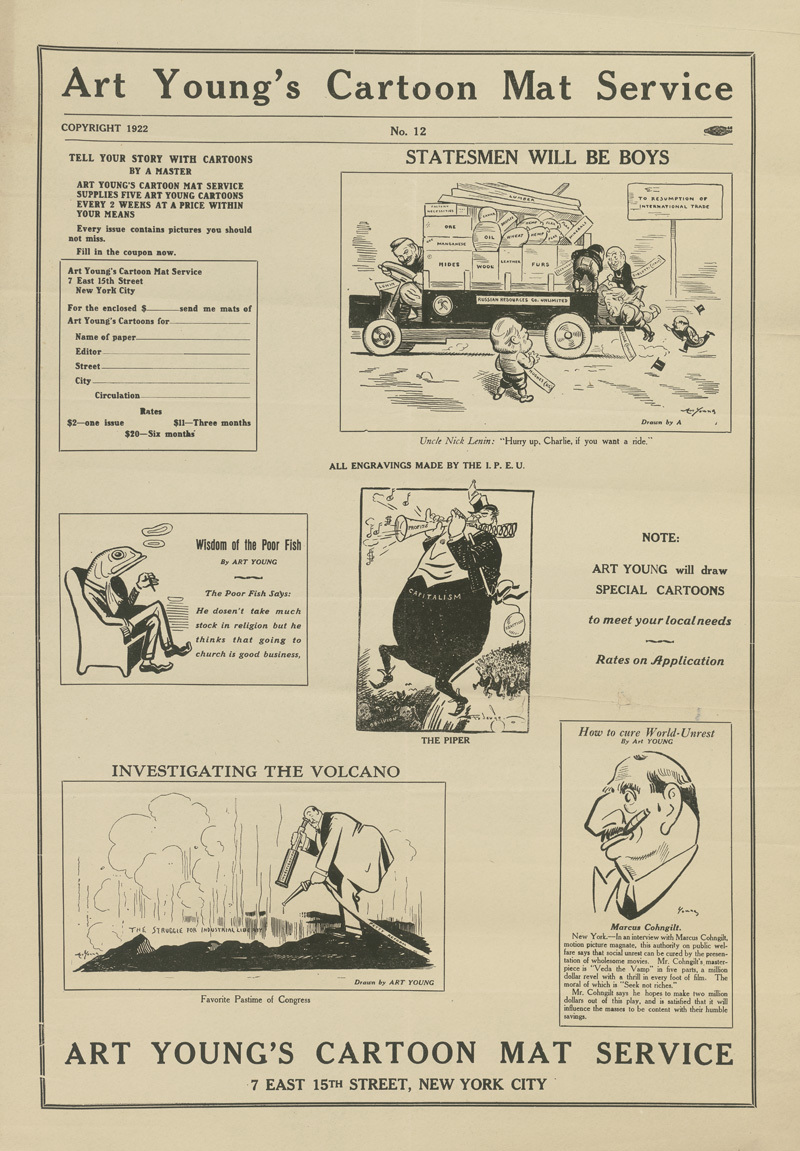 In this advertisement, Young touts his cartoon-making services and presents several examples of his work. He offers five cartoons every two weeks for six months for $20. These cartoons were probably pulled from his large collection of prints of his work—Young’s family threw out hundreds of such prints after his death. Most of the examples he includes in this ad reflect Young’s socialist perspective, including the one captioned “Uncle Nick Lenin: ‘Hurry Up, Charlie, If You Want a Ride,’” which features Vladimir Lenin.