The Blow That Almost Killed a Cartoonist 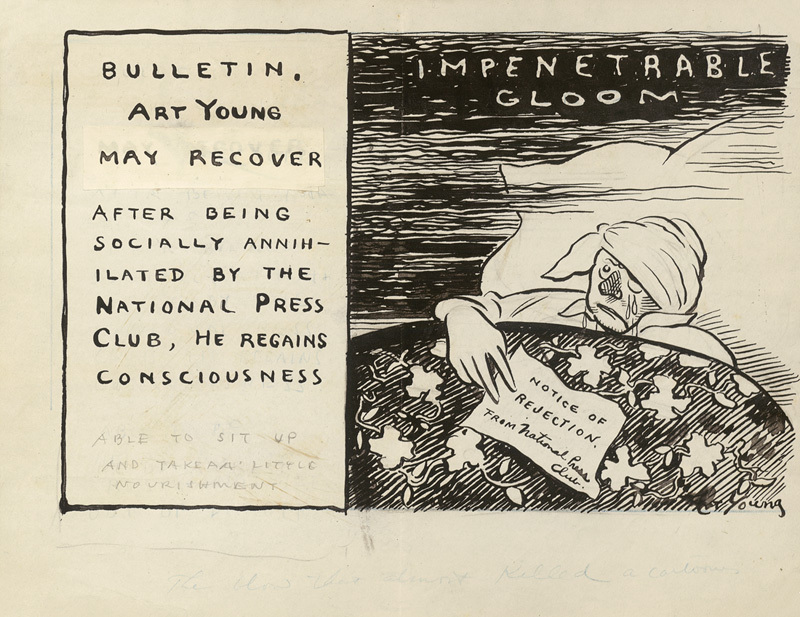 This self-portrait by Young comments on his perception of himself as an outsider in his profession. In 1914, Young was nominated for membership in the National Press Club, but was rejected. In Art Young: His Life and Times, Young writes that “my record was against me,” in part because of the libel suit brought against him by the Associated Press. A very similar drawing is featured in his autobiography; this may be a sketch for that cartoon.

← It’s Hell But Here We Are Again
Ambition: In Hell as it is On Earth →
Overview of Art Young
The Blow That Almost Killed a Cartoonist