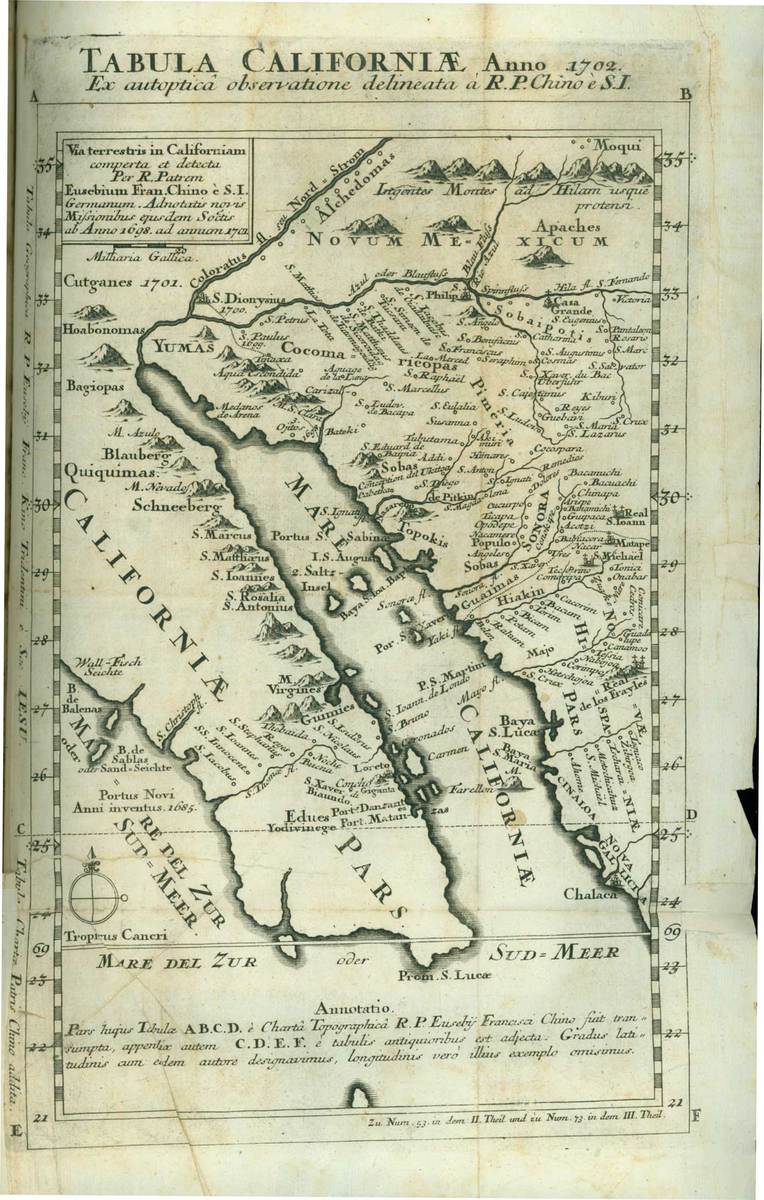 Eusebio Kino (or Chino) was an Italian Jesuit explorer and cartographer, and was known as the “Apostle of Sonora and Arizona” for his mission efforts in the Pimería Alta region of what is now modern northern Sonora and southern Arizona. In 1683 he was appointed royal cartographer on a Spanish expedition to Baja California, and in the course of that journey he drew a series of maps which helped establish that the region was a peninsula, and not an island, as had previously been thought in Europe. This famous map, taken from the 1726 edition of Der Neue Welt-Bott, is one of the earliest published examples of Kino’s considerable cartographic skills.