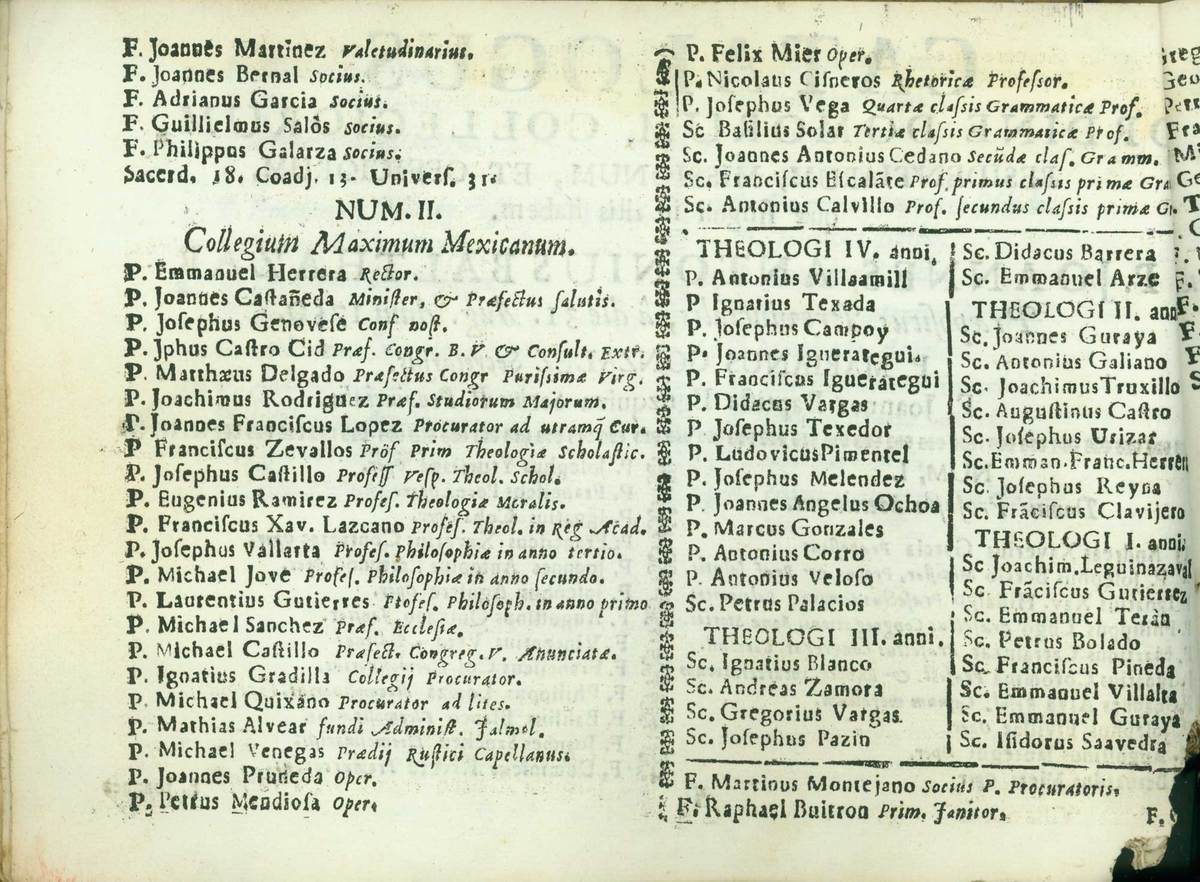 Description of faculty at the Colegio Máximo (1751)

This catalog of institutions and personnel in the Society’s Mexican province includes descriptions of Jesuit schools and their faculty. The largest and most important of these schools was the Colegio Máximo de San Pedro y San Pablo in Mexico City. Founded by the Society in 1574 primarily as a training center for Jesuits, the Colegio Máximo gradually expanded its mission, until by the beginning of the eighteenth century it had become the center not only of Jesuit education, training, and administration, but of all public education in New Spain. This work is from a press established by the Jesuits at the Society’s seminary of San Ildefonso in Mexico City.