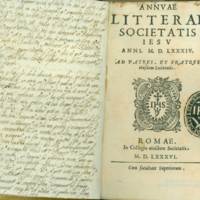 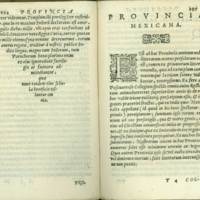 Chapter on the Mexican Province

This is perhaps the earliest regularly published series of “annual letters” from Jesuit missions. Each volume contains the texts of reports received from various foreign missions during the preceding year. The first volumes were published by the Jesuit College in Rome; later volumes carry imprints from Florence, Lyon, Antwerp, Douai and other Catholic publishing centers.