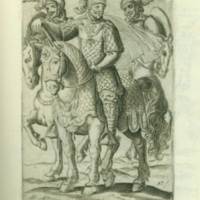 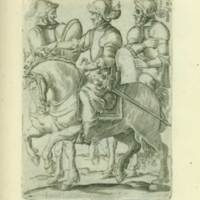 Alonso de Ovalle was born in Santiago, Chile, and died in Lima, Peru. The Historica relacion del reyno de Chile was published in 1646 while Ovalle was serving in Rome as procurator for the Jesuits. The many engraved illustrations include portraits of Spanish conquistadores, views of Jesuit schools and plans of major settlements, as well as some of the earliest published images of Chilean native peoples and their customs.