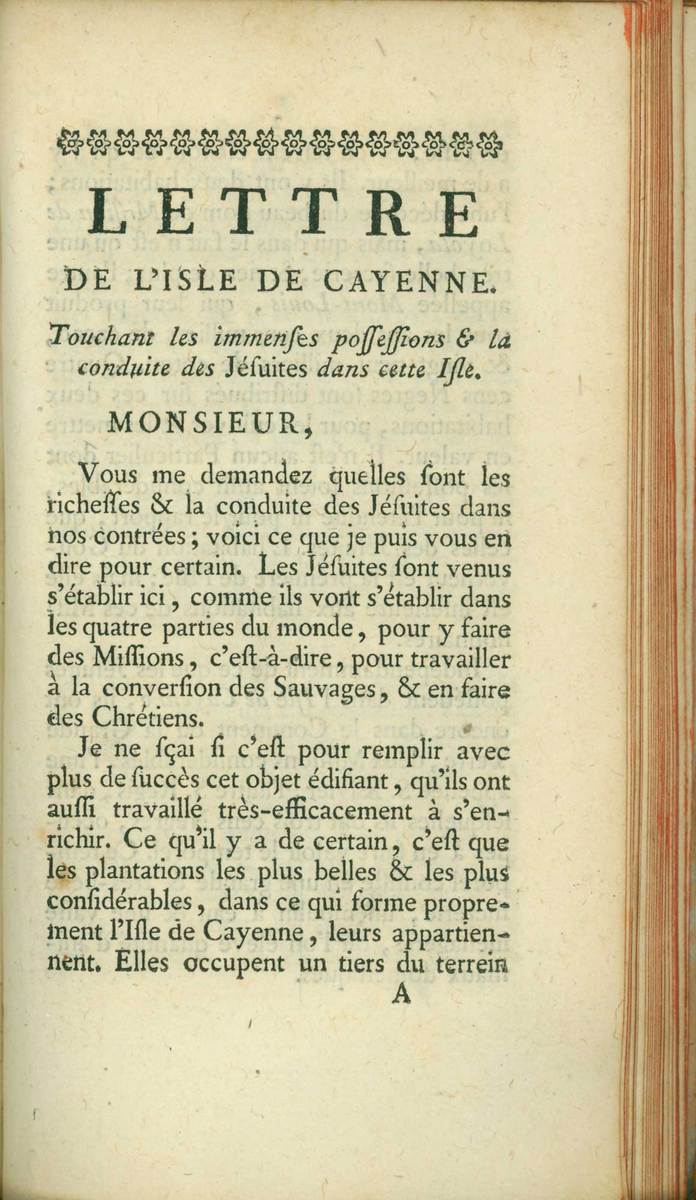 Opening of letter about the Jesuits of Cayenne (ca 1761)

Jesuits were often accused of using their influence in the New World to gain power and wealth. This anonymous pamphlet charged the Jesuits of Cayenne (an island off the coast of French Guiana) with spending more time and effort in making money than in converting the natives. It was probably written in the wake of a controversy surrounding alleged Jesuit commercial activities in the West Indies which rocked France in 1761, a scandal which contributed to the eventual expulsion of the Jesuits from French dominions.