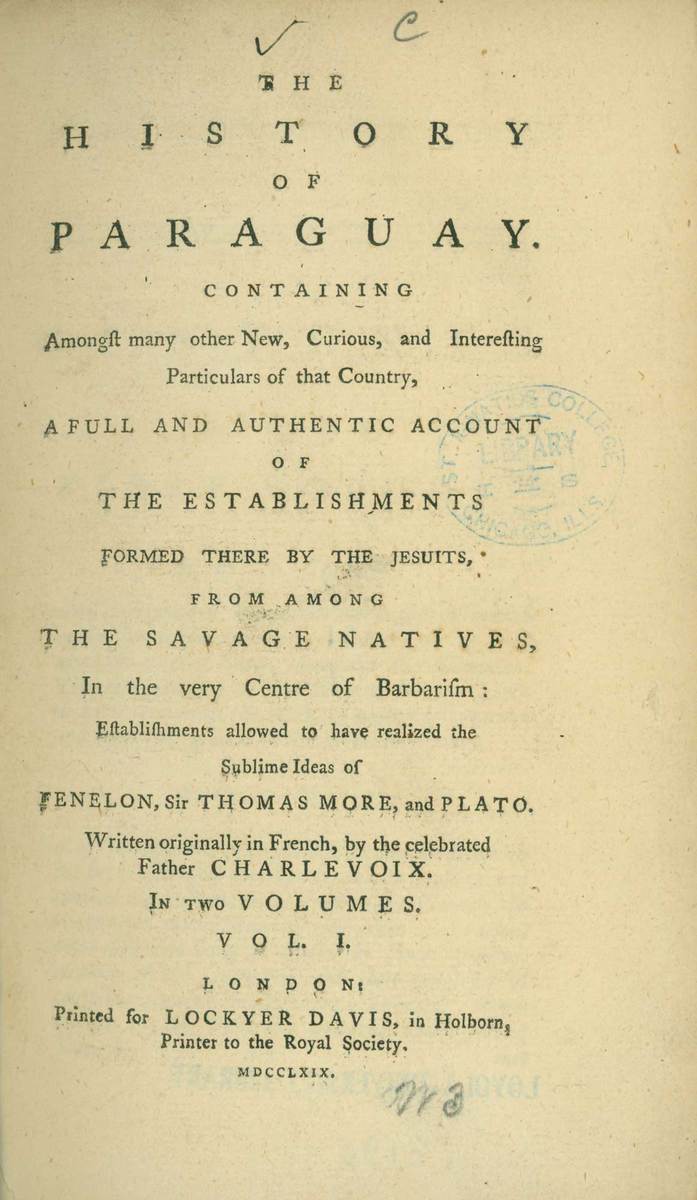 The history of Paraguay: containing amongst many other new, curious, and interesting particulars of that country, a full and authentic account of the establishments formed there by the Jesuits, from among the savage natives, in the very centre of barbarism: establishments allowed to have realized the sublime ideas of Fenelon, Sir Thomas Moore, and Plato…(London, 1769)

The title of this anonymous translation of the author’s Histoire du Paraguay reflects the fascination with Utopian communities current in eighteenth-century European thought. By persuading the warlike and nomadic Guarani people of Paraguay to settle peacefully in quasi-communal reducciones, the Jesuits demonstrated that the “sublime ideas of Fenelon, Sir Thomas Moore, and Plato” concerning humane government and the rights of man might have practical applications.