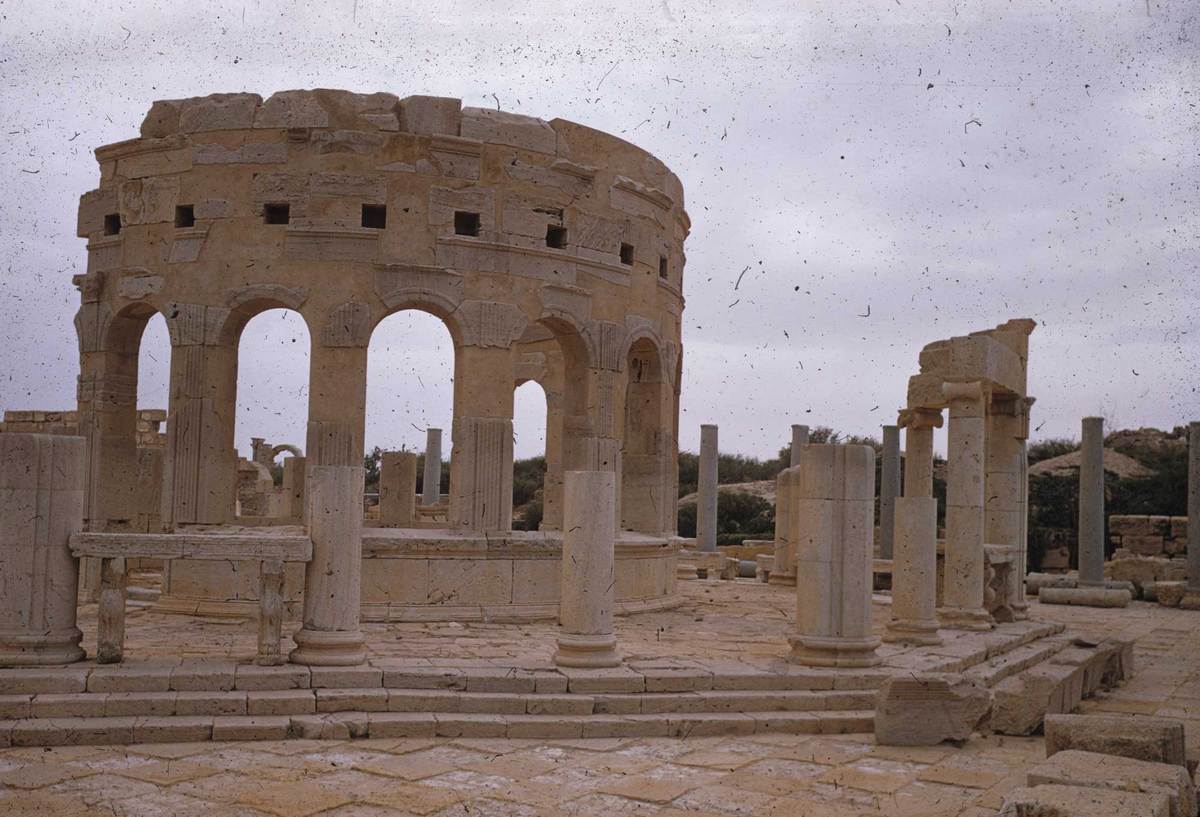 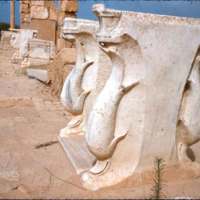 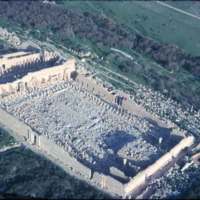 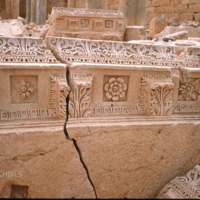 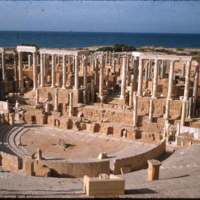 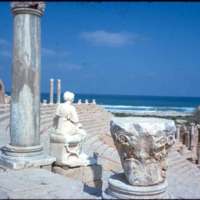 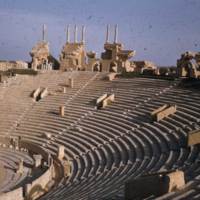 Also known as Lectis Magna or Lepcis magna, Leptis Magna was founded around 1000 BC.  It became a Roman free city after the Third Punic War and remained such until Tiberius (Emperor 14 AD -37 AD) incorporated it into the Roman Province of Africa.

XNew Forum int., by Septimus Severus c. 195 [note: marked with an X which indicated that sometimes this slide was omitted.]

XTemple to Dis Augustis, in front of Theater, by Consul Q. Marcius Barea [see note above]