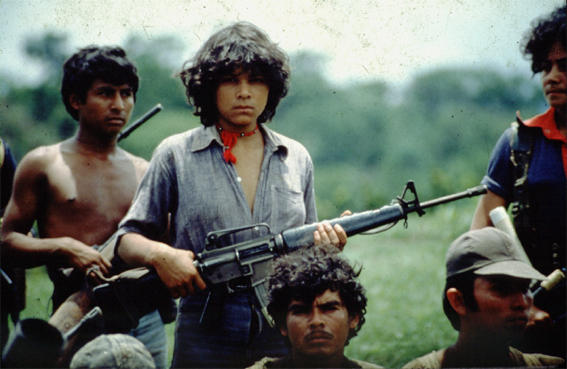 From 1979 to 1992, civil war ravaged El Salvador. The war pitted the government and military against leftist guerillas and ordinary civilians suspected of supporting them. Fighting produced great violence, most of it waged by counterinsurgency forces of the military. They destroyed entire villages and displaced thousands of people while paramilitary death squads targeted peasants, whom they believed to be to be organizing a revolution against the government. Much of this suspicion stemmed from leftist groups like the FMLN who waged war in and recruited from the countryside. Empathetic clergy, like Ellacuría, spoke out against the human rights atrocities committed by the Salvadoran government and were, eventually, targeted for supposedly aiding and abetting guerrillas.