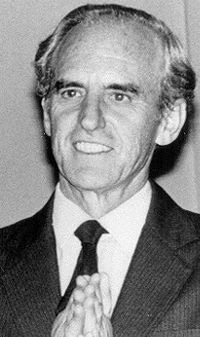 In 1986, Loyola awarded Ignacio Ellacuría, S.J. with an honorary doctorate of laws. In May, Ellacuría arrived in Chicago for the graduation ceremony. While in town, he gave a series of press conferences on the current political state of El Salvador under President Duarte, that country’s first civilian president after a decade of military rule. Despite Duarte’s professed commitment to democracy, violence continued in El Salvador, as anti-communist counterinsurgency forces of the military sought to extinguish guerrillas and their supporters.

These tapes document Ellacuría’s few days at Loyola, from the moment he arrived to the final conferral of an honorary degree. The tapes contain over five hours of footage; we have edited these down to provide you with five clips we think best reflect Ellacuría’s point of view on the role of the U.S. government, the Salvadoran military and the FMLN in the conflict. These clips also illustrate his advocacy for social justice and peace in El Salvador.