El Salvador Before the War

In the early 20th century, a strict division between peasants and the landed oligarchy plagued El Salvador. Conflicts between the rich and poor took place well before the Society of Jesus assigned Ignacio Ellacuría to El Salvador.  In 1932, under General Maximiliano Hernandez Martinez, the Salvadoran military carried out La Matanza (or “the slaughter”), which involved the slaughter of 30,000 coffee farmers who protested against exploitative working conditions. The elite class known as “La Catorce” (the fourteen) owned most of the farmland in the country, and they quickly allied themselves with the military in order to maintain political power over the peasantry.

Over the next few decades the landed elite continued to exploit farmers to create a booming agriculturally based export economy.  This economic growth, however, also led to an emerging middle class of Salvadorans composed of professionals, merchants, laborers, and students who were quick to recognize and act against the political injustices they witnessed. Many Salvadoran farmers fled the country and sought refuge in nearby Honduras while some, influenced by this new class of people who promoted nationalism, stayed to organize and fight back against the oligarchy. Although members of the emerging middle class, especially university students and professionals, became some of the first insurgents, they were also responsible for empowering the peasantry to take note of their unfortunate situation and, in some cases, fight alongside other Salvadorans both in the city and country. These groups and their actions sparked civil war in El Salvador and shaped the political and economic climate in which Ellacuría and other Jesuits at the University of Central America worked. 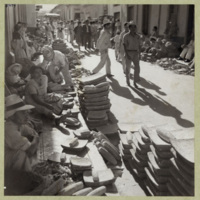 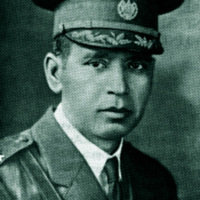 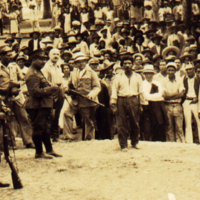 Francisco Sanchez, one of the leaders of the farmers' uprising, moments before he was shot to death in 1932. 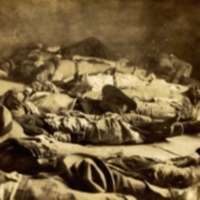