The Cabinet of Doctor Cali-Coolidge 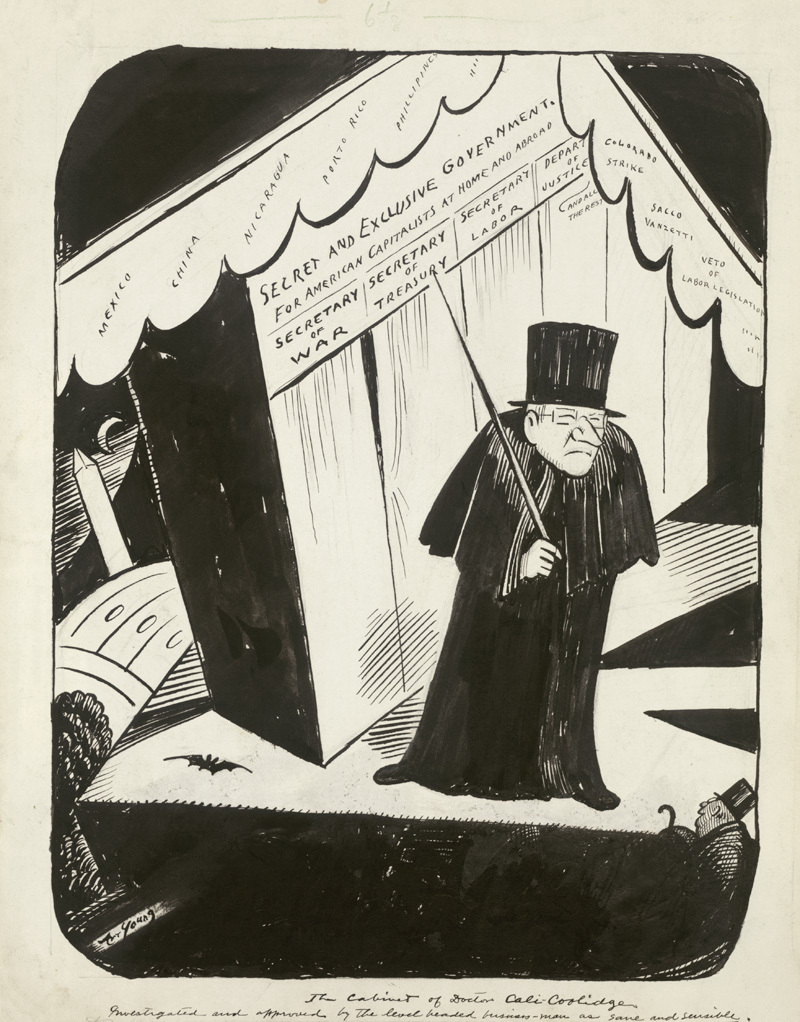 This cartoon refers to the 1920 German film Das Kabinett des Dr. Caligari (The Cabinet of Dr. Caligari). Young has dressed President Coolidge as the sinister Dr. Caligari, echoed the cubist aesthetics of the film, and covered the cabinet with references to aspects of Coolidge’s presidency that Young found problematic. These include Coolidge’s dealings with organized labor, the Sacco and Vanzetti case, and his foreign policy towards Latin America.