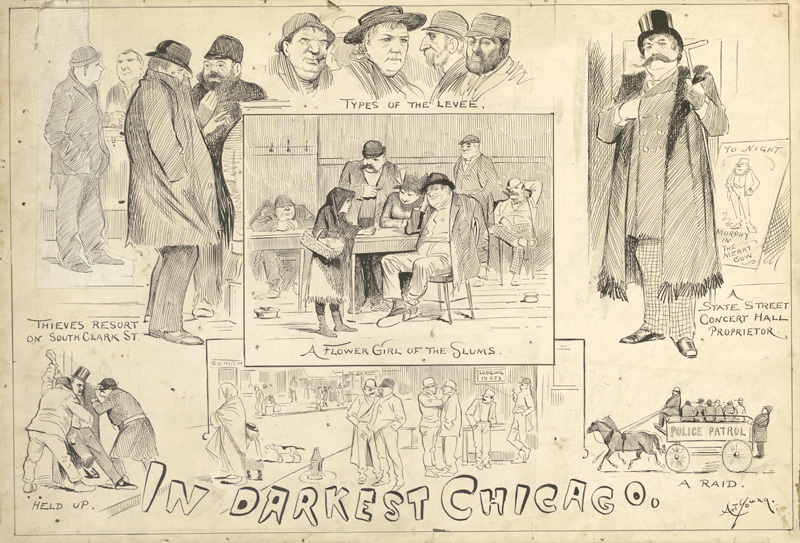 This is an example of an early non-political cartoon by Young from the days of Chicago’s Columbian Exposition serves. Many fair visitors spent money in the "Levee," a notable vice district in Chicago, and many politicians got a cut of that money.  The Levee’s location between the fairgrounds and the hotels in Chicago’s Loop helped it draw tourists leaving the fair to its nighttime, illegal entertainments.  This cartoon, published in Chicago Inter-Ocean, depicts “types of the Levee.” Vice districts were havens for crime, but the city tolerated that crime with the intention of keeping it confined to a manageable area.  The cartoon shows thieves congregating and preying upon passersby, an impoverished girl selling flowers on the street, a disreputable concert hall, and a police raid.