The Republican Party Down to Date— 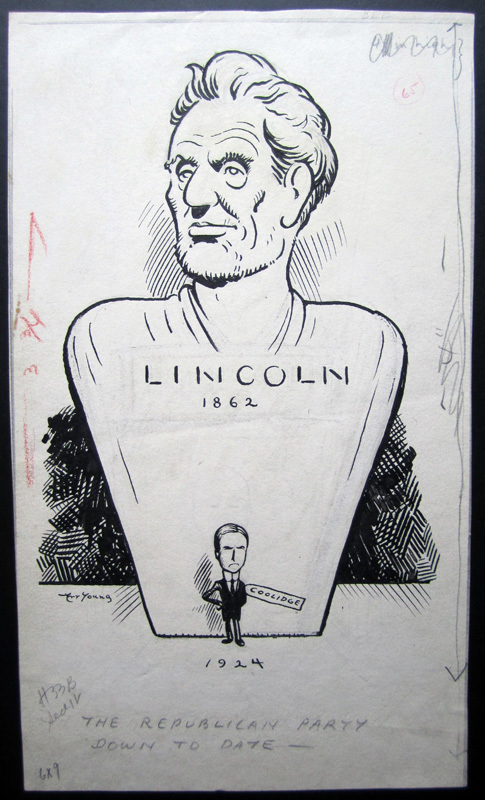 In this cartoon, Young criticizes Republican president Calvin Coolidge by comparing him to Lincoln. Lincoln is depicted as a tall, classical bust, while Coolidge is comically small and dressed in a business suit. This suggests that the leaders of the Republican Party have deteriorated from heroes like Lincoln to unremarkable men like Coolidge.