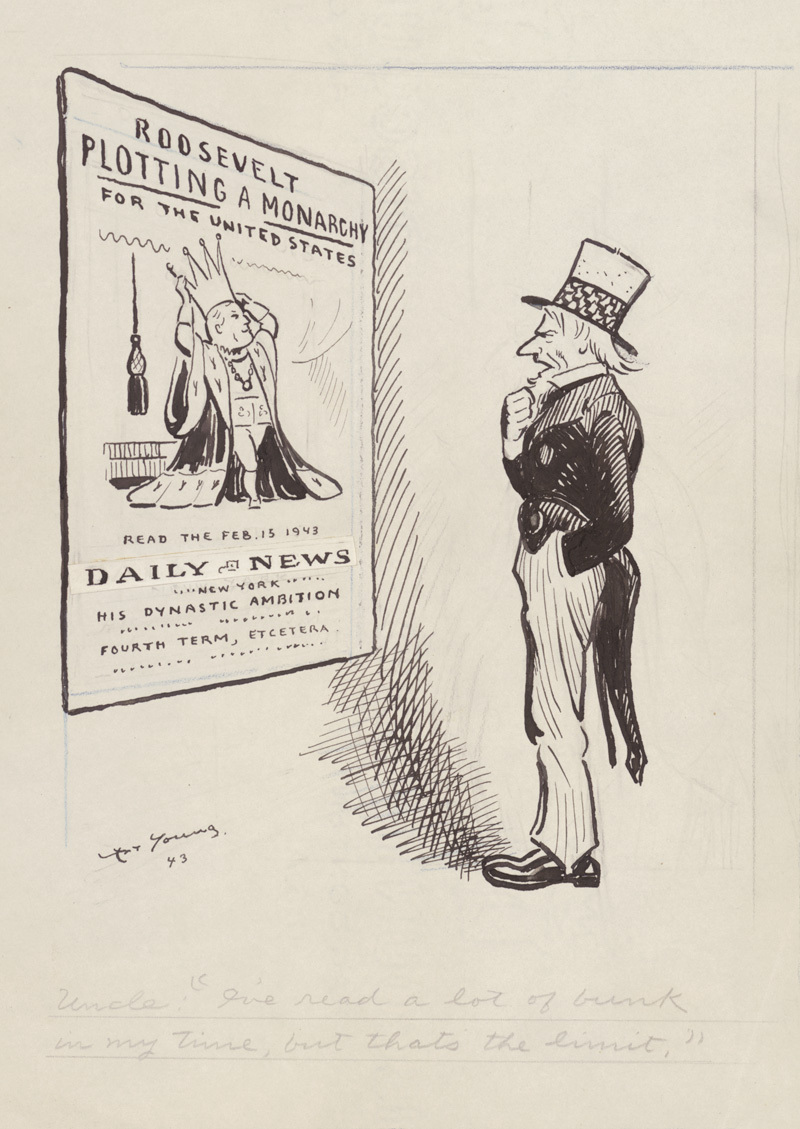 In 1943, Franklin Roosevelt was entering his twelfth year as president, was running for another four year term, and had four bright sons. With that limited information, the New York Daily News decided he was planning a dynasty, though Young was clearly skeptical of that idea. Roosevelt may have had such plans, but like many children of the great, his sons never got beyond minor office.