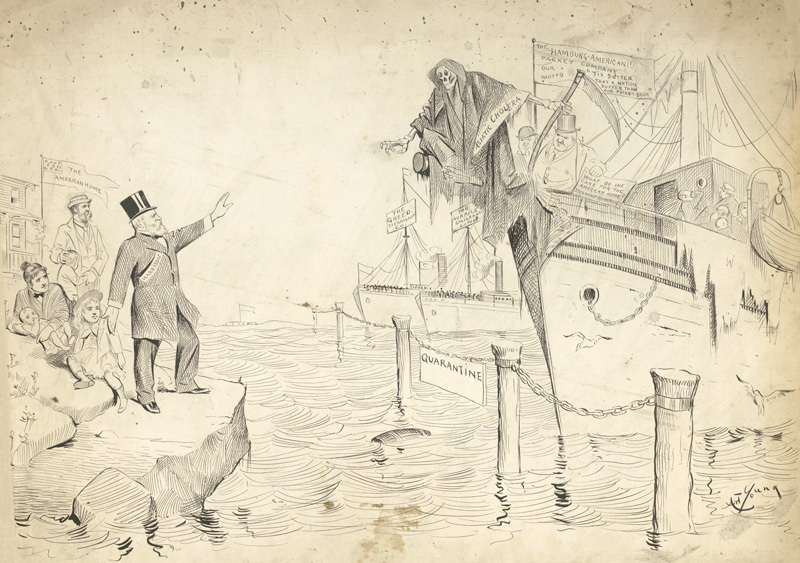 In 1892 a cholera epidemic raged in Europe, making some of the ships arriving in the United States a public health hazard. Republican president Benjamin Harrison approved a quarantine of several ships that arrived in New York carrying the disease, and in this cartoon from early in his career, Young depicts Harrison as a heroic figure, holding the ships at bay. This cartoon was published during an election year while Young was still “a Republican employed by a Republican paper;” he would rarely present any person in power so uncritically in his later years. Young does, however, attack the steamship companies for their greed, foreshadowing some of his later views.