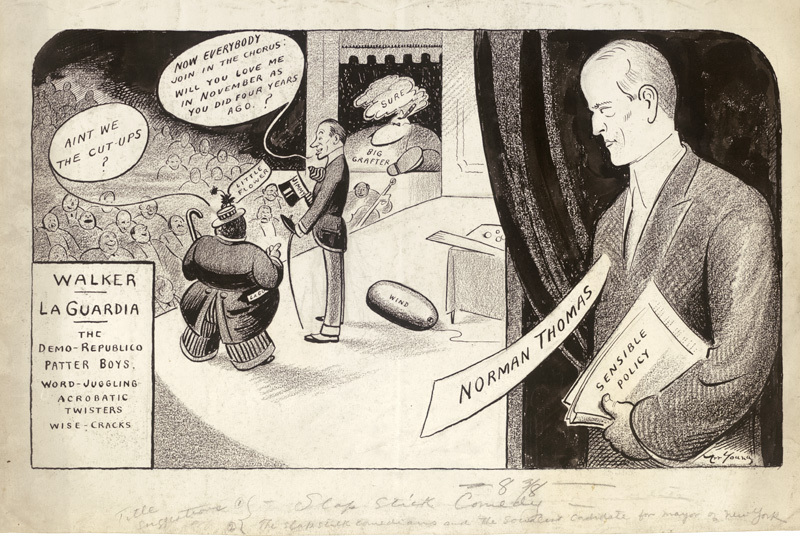 Young again shows his socialist perspective in this cartoon about the 1929 New York mayoral election. Incumbent Democratic mayor James J. Walker and his Republican challenger, Fiorello H. La Guardia, are shown as “slap stick comedians,” performing for the amusement of their audience, especially the “Big Grafter.” Their costumes are those of the vaudeville comics of the day, who frequently caricatured immigrant groups and other minorities, including the Irish, like Walker, and Italians, like La Guardia.  Their socialist challenger, Norman Thomas, carries papers labeled “sensible policy” and is dressed as a respectable, middle class American, but he is relegated to watching from the wings. Walker won the election by a landslide, receiving 865,549 votes to La Guardia’s 368,384, but both far surpassed Norman Thomas, who received only 174,931 votes.