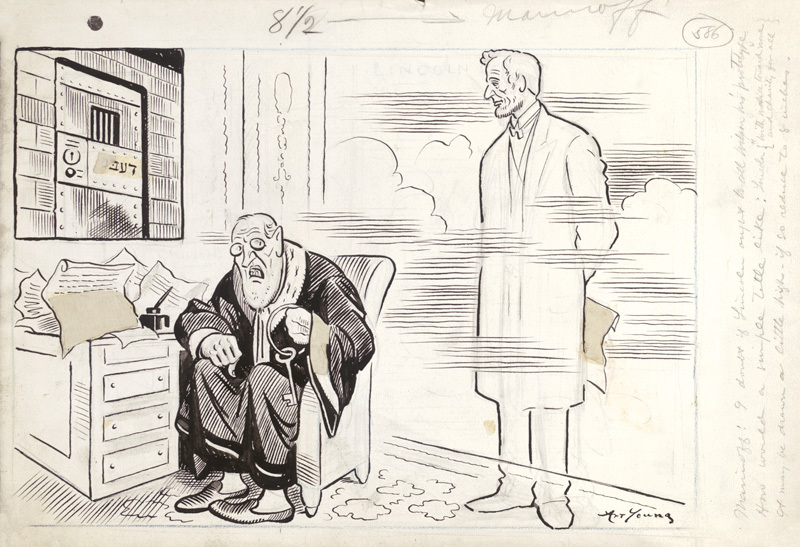 This cartoon contrasts Wilson’s imprisonment of Socialist leader Eugene Debs for anti-war activity with Lincoln’s freeing of the slaves. Woodrow Wilson had a series of strokes that left him incapacitated in late 1919 and his wife, Edith, controlled which issues came to his attention.  Attorney General Palmer recommended to Wilson that Debs be pardoned on Lincoln’s Birthday. The answer passed on by Edith Wilson was “Never.”  Whether this was his answer or Edith’s we may never know.  Although she denied making decisions herself, many have called her the first female president. Soon after taking office, Republican president Warren Harding pardoned Debs.