I Will Never Desert You Mr. Micawber 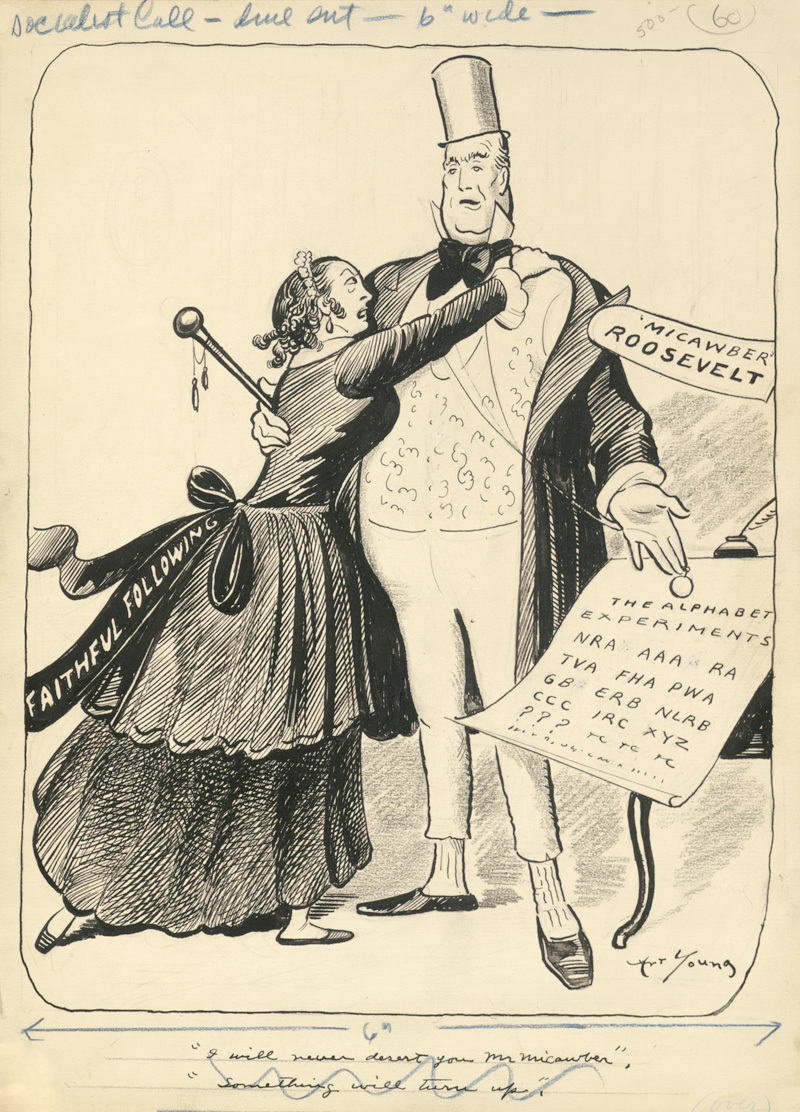 Here, Young compares President Franklin D. Roosevelt to Wilkins Micawber from Charles Dickens’s novel David Copperfield, a perpetually destitute character who is convinced that his fortunes will one day turn around, and the members of the American public who still faithfully follow Roosevelt to Micawber’s loyal wife. When Young drew this cartoon, unemployment was still over seventeen percent, despite Roosevelt’s many projects aimed at reducing it.