Editor and Cartoonist Review the Army of Contributors 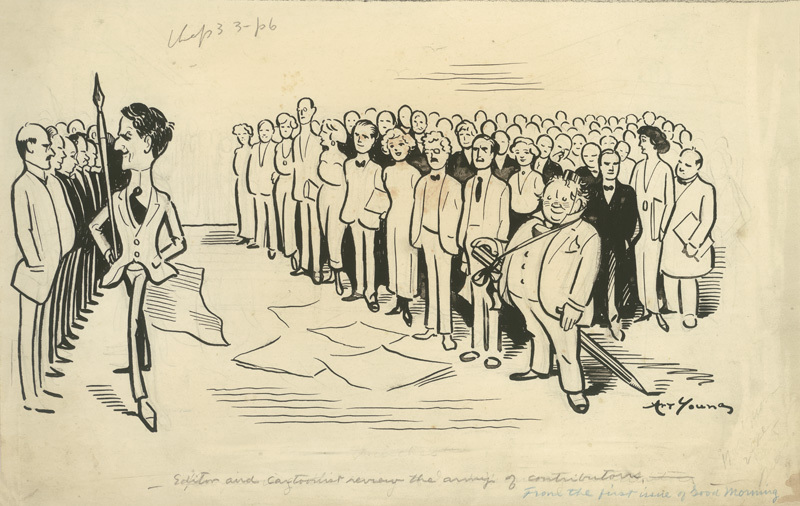 Young and Ellis Jones, a former associate editor of Life magazine, founded Good Morning, a socialist humor magazine, in 1919. Jones and Young ran the magazineon a “shoe string” budget, and probably would not have been able to pay the armies contributors shown in this cartoon. The magazine lasted for less than two years, and often repeated cartoons used in earlier editions and reused cartoons that first appeared in other publications.