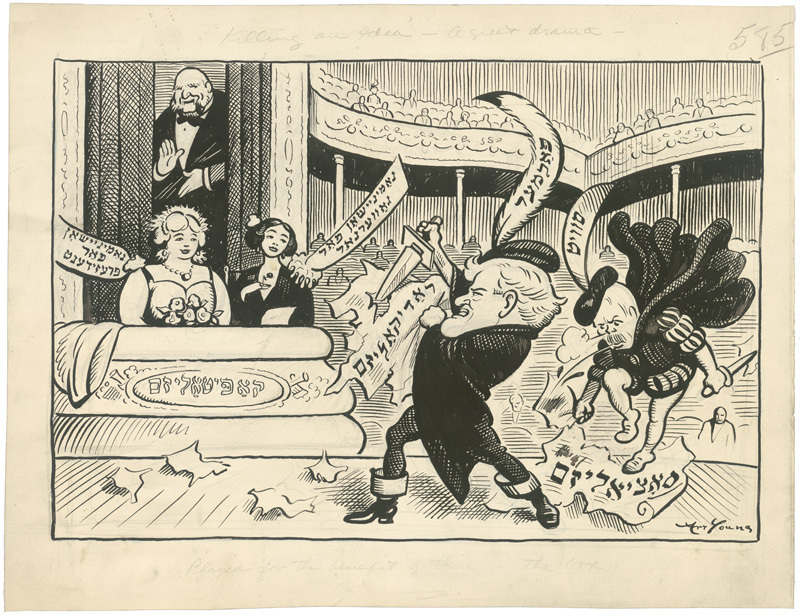 Two actors preform for two ladies in a box marked “Capitalism.”  The lady on the left controls the “Presidential Nomination” while the lady on the right controls the “Gubernatorial Nomination.” The actor on the left, Attorney General Mitchell Palmer, is stabbing “Radicalism” while the actor on the right, Assistant Secretary of Commerce Edwin Sweet, is stamping on “Socialism.” It was a time of fear of foreigners, anarchists, and Bolsheviks. The fear was exaggerated but not totally unfounded, as Palmer discovered when a bomb went off on his front porch in 1919.