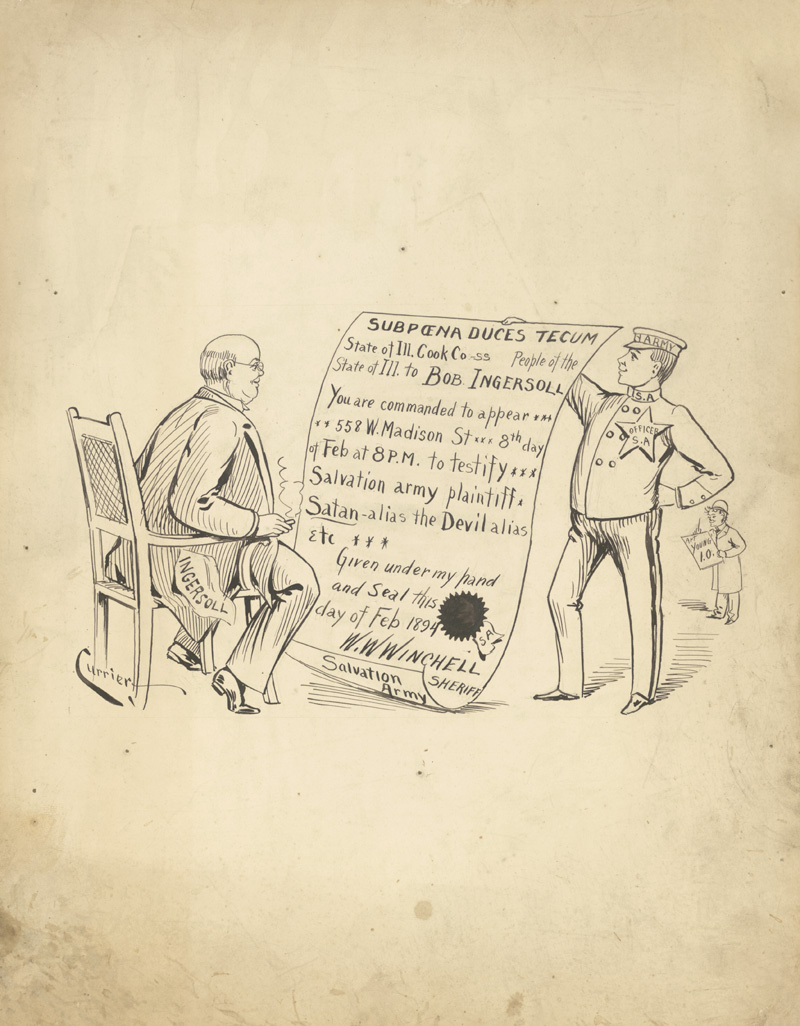 Robert Ingersoll, a politician and famous agnostic who was mentioned in James Joyce’s Ulysses, was a controversial figure in American public life known for his fiery speeches promoting agnosticism. In February 1894, the Salvation Army sent a “summons” to Ingersoll, whom they called the “Prince of Paganism,” requesting that he appear as a witness for the defense in a mock trial the group had organized in Chicago to try the devil. Ingersoll declined. This cartoon signed by “Currier” was owned by Art Young and pictures the young artist with a sketch pad on the far right. Young drew a cartoon illustration of Ingersoll “from life” for the February 5, 1894 issue of the Chicago Inter-Ocean. This cartoon may be a gift from a friendly cartoonist or a self-promoting cartoon drawn by Young but signed Currier, a nod to Nathaniel Currier of Currier & Ives. What do you think?