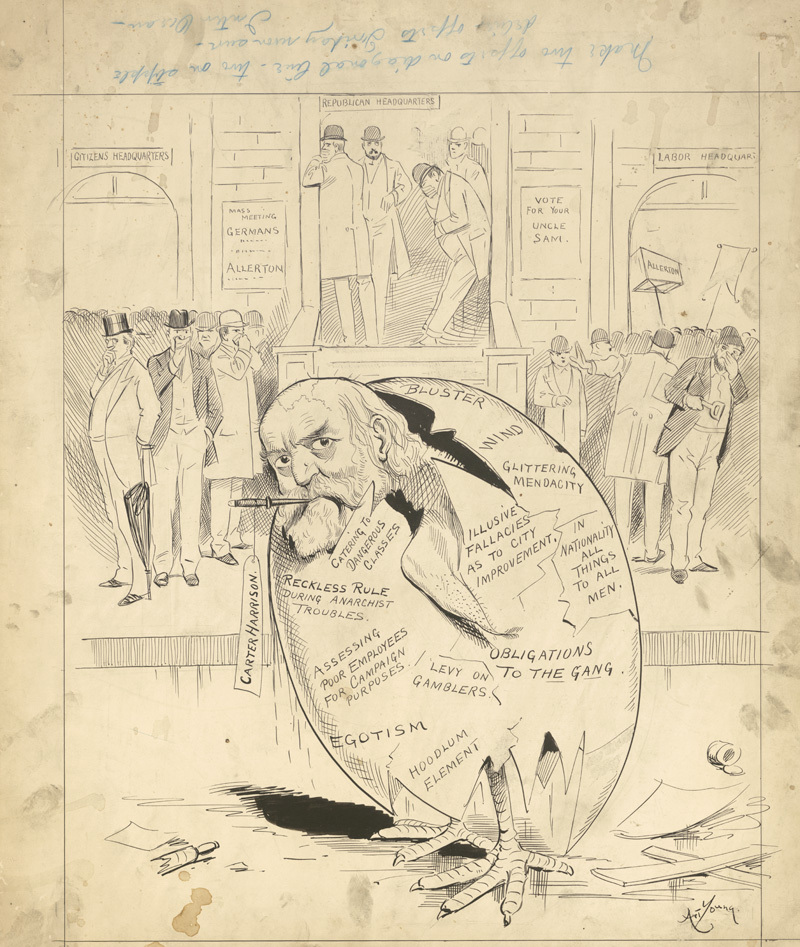 In this cartoon, also published in the Republican Chicago Inter-Ocean, Young delves deeply into the “turns in current politics” he would later eschew, entering the fray of the hotly contested 1893 Chicago mayoral election. Carter Harrison, Sr. had served as Chicago’s mayor from 1879 to 1887, and he was once again nominated as the Democratic candidate for mayor in 1893. Young depicts him emerging from a rotten egg emblazoned with charges like “reckless rule during anarchist troubles” (likely an allusion to what many saw as his poor handling of the events surrounding the Haymarket Square Riot in 1886) and  “catering to dangerous classes.” Two signs in the background name Samuel W. Allerton, the joint Republican Party and Citizens’ Party candidate for mayor. Harrison won the election in spite of the efforts of the Republican and Citizens’ parties, but he was assassinated in his home later that year by a man who felt Harrison owed him a city job.