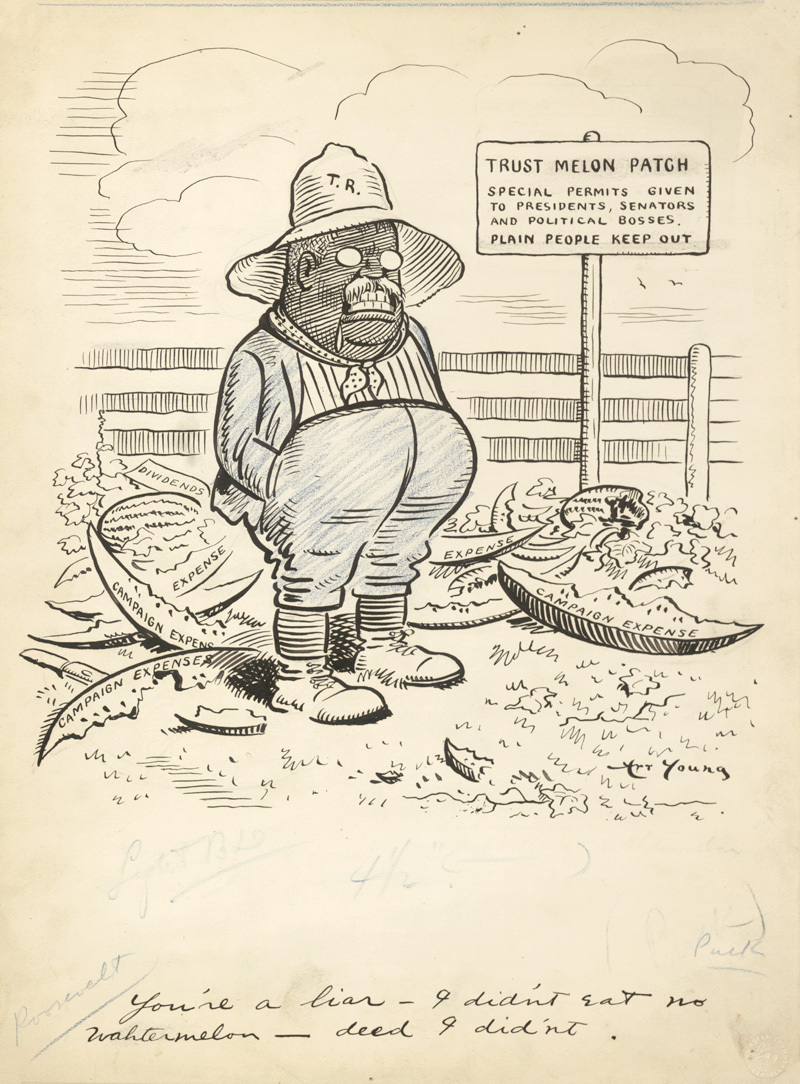 While Young was progressive in many things, cartoons like this one show that, whatever his personal attitudes may have been, he was willing to play to the attitudes of his audience with extremely racist imagery. Young depicts former President Theodore Roosevelt as an African American man surrounded by half-eaten watermelons labeled “campaign expenses.” This cartoon probably refers to the controversy that emerged in 1912 over campaign funds Roosevelt had received in 1904. The fact that Young has used a racist stereotype to comment on Roosevelt’s behavior reveals how pervasive these stereotypes were at the time.